The motor is one of the most used elements in sardana. A motor represents anything that can be changed (and can potentially take some time to do it).

This chapter explains the generic motor API in the context of sardana. In sardana there are, in fact, two Motor APIs. To better explain why, let’s consider the case were sardana server is running as a Sardana Tango device server:

A motor will have, at least, a state, and a position. The state indicates at any time if the motor is stopped, in alarm or moving. The position, indicates the current user position. Unless a motor controller is specifically programmed not to, it’s motors will also have:

the three limit switches (home, upper and lower). Each switch is represented by a boolean value: False means inactive while True means active.

motor acceleration (usually acceleration time in seconds, but it’s up to the motor controller class to decide)

motor deceleration (usually deceleration time in seconds, but it’s up to the motor controller class to decide)

the offset to be applied in the motor position computation [default: 0.0]

the sign to be applied in the motor position computation [default: 1, possible values are (1, -1)]

This is the number of motor steps per user position [default: 1.0]

This property defines the time in milliseconds that the software managing a motor movement will wait between it detects the end of the motion and the last motor position reading. It is typically used for motors that move mechanics which have an instability time after each motion.

The available operations are:

starts to move the motor to the given absolute user position

stops the motor in an orderly fashion

Release hung motion e.g. due to the hardware controller that got hung. You should first try stop/abort.

On a sardana tango server, the motor state can be obtained by reading the state attribute or by executing the state command. The diagram shows the internal sequence of calls. 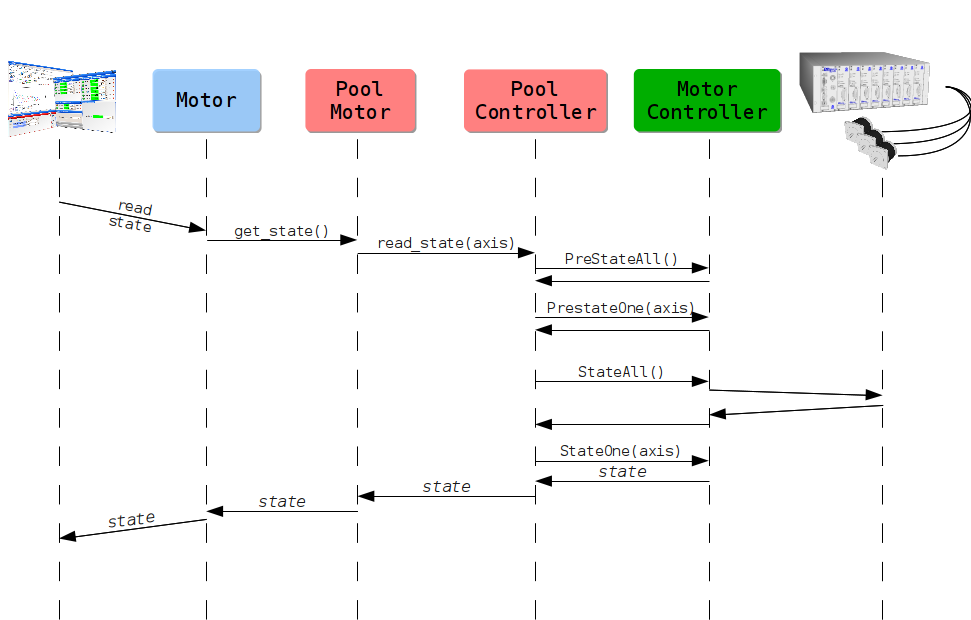 The motor’s current user position can be obtained by reading the position attribute. The diagram shows the internal sequence of calls. 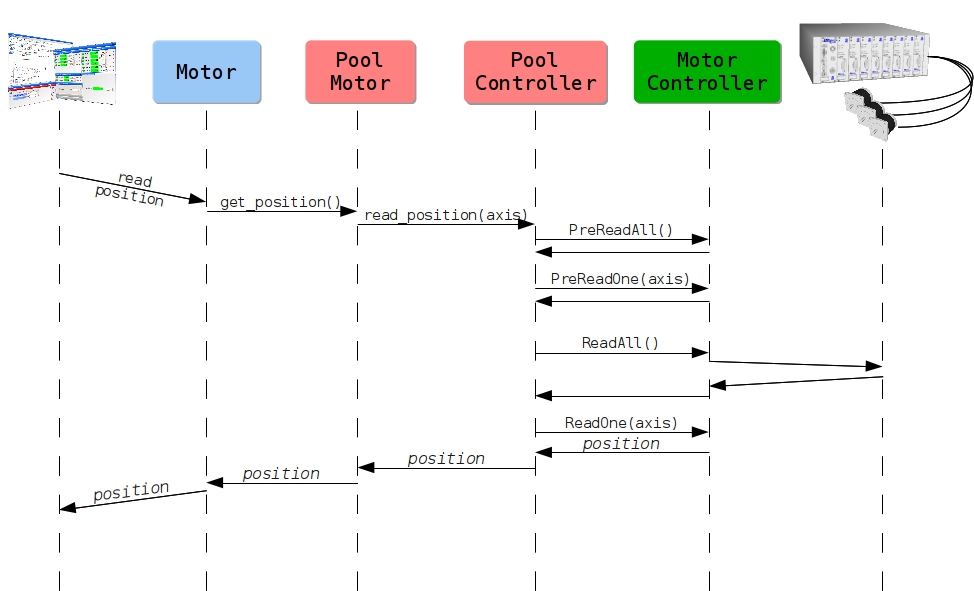 The most useful thing to do with a motor is, of course, to move it. To move a motor to another absolute user position you have to write the value into the position attribute. 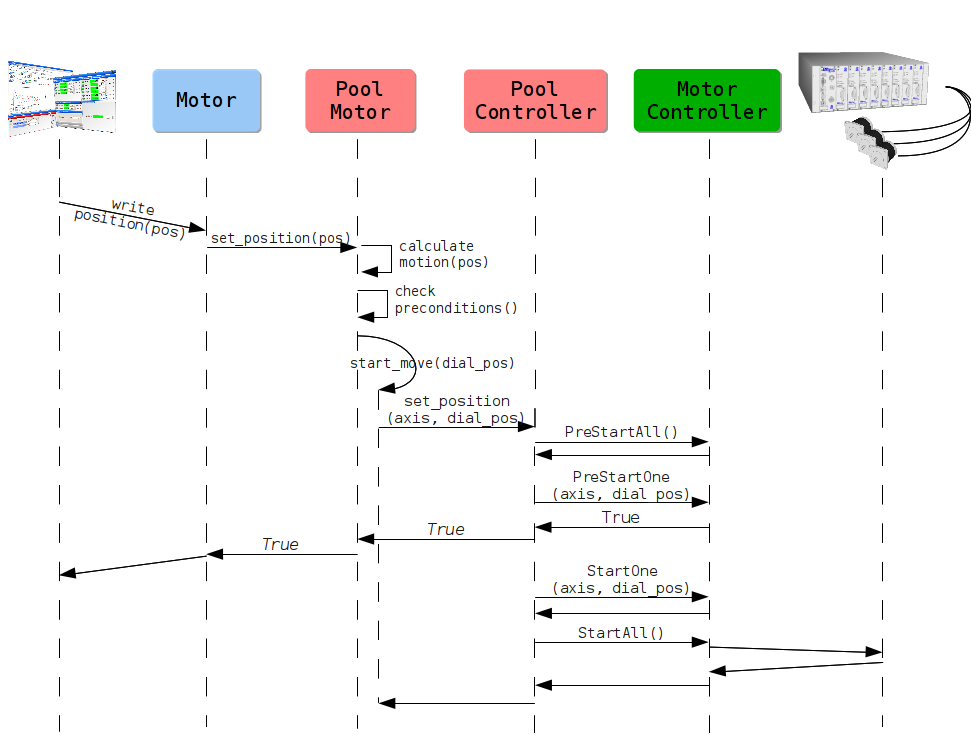 Before allowing a movement, some pre-conditions are automatically checked by tango (not represented in the diagram):

Then, the dial position is calculated taking into account the offset, signal as well as a possible backlash.

Afterward, and because the motor may be part of a pseudo motor system, other pre-conditions are checked:

After all pre-conditions are checked, the motor will deploy a motion job into the sardana kernel engine which will trigger a series of calls to the underlying motor controller.

The motor awaits for the PreStartOne() to signal that the motion will be possible to return successfully from the move request.

The following diagram shows the motion state machine of a motor. The black state transitions are the ones which can be triggered by a user. For simplicity, only the most relevant states involved in a motor motion are shown. Error states are omitted. 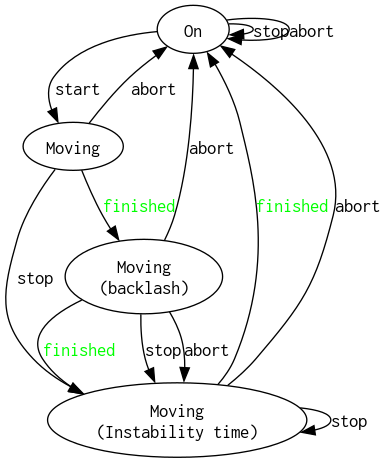